Deprecated: wp_make_content_images_responsive is deprecated since version 5.5.0! Use wp_filter_content_tags() instead. in /var/www/vhosts/ummahsonic-master/public/wordpress/wp-includes/functions.php on line 4773
 Mapping a Century of Black and Asian Heritage in Another England
All things Muslim - incredible stories & positive vibes

And now, we’re insisting – that’s right, insisting, because it’s so great – on introducing you to Another England, which is an equally brilliant archive of our diverse nation. The project, which was organised by Historic England, maps over a century of black and asian life in the UK. The website describes the project beautifully:

“Another England is in a constant state of becoming. From the moment Britain began to colonise Africa and Asia and other parts of the world, another England has existed in the hearts and minds of those destined to come here. That other England has often differed dramatically from the one that people have been confronted with when they arrived in the mother country. And within the buildings, places and communities that they adopted, adapted and built, another England emerged.”

The website itself consists of a map of the British Isles. Click on an area and it will show you the photos that were taken in that part of the country. Like many great projects of this nature, the photos are submitted from a variety of sources, both professional and amateur.

This lends the archive moments encompassing personal narratives, significant dates in history, and the shifting nature of Britain’s cultural landscape. Click on the space around London, for example, and a photo of a local football team (complete with Liverpool legend John Barnes) posing with their winners medals sits beside an image of a Bengali community protesting discrimination and racial violence in Whitechapel.

Another England shows how our story can be told through the mementos we hold on to; in this case, photos; and how the country is built by the people who make it their home. This particular project is an example of vital historical work. Without archives like this, our collective consciousness might forget the crucial role immigrant communities played in shaping the past 100 years of life in the UK.

Check out a couple of our favourites below.

Hackney, 1990s. Credit: Winston Milton via What We Wore. 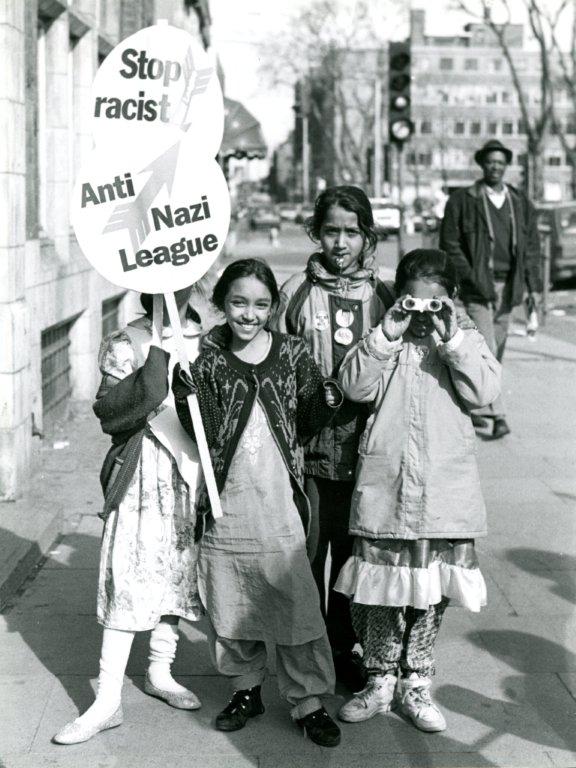 Be sure to have a look around the Another England website for more great pics.

To celebrate this Black History Month, we want to shout out the black British Muslims who are doing big things in the world of art, media and sport.

Black and Muslim in Britain: The Web Series Giving Black …

The web series was created by a group of activists who were frustrated by the erasure of Black Muslims from discussions of black history as well as Islam.

MOOSLEEMARGH’s ‘Things We Should Ban Instead of the Veil’ …

Things We Should Ban Instead of the Veil’ includes stuff like cigarettes, early morning alarms and…raisin cookies?